It seems as though we may finally get a real winter after all, but the warm period over the last two months was very out of character for Maine/New Hampshire. In Manchester this November, temperatures reached up into the 70’s, and on Christmas day it was 64 degrees.

It’s tempting to say this is all just a part of living in New England, with our crazy “bikini one day, parka the next day” weather.  In addition to the peculiarity of the weather, it’s beginning to have some major effects, some of which could present some serious issues. For one, plants are beginning to come out of their dormancy, with flowers blooming in Boston on Chrismas Eve. This means that the plant will be less likely to survive as the cold weather quickly returns. They aren’t the only ones struggling though. Ski resorts are dealing with much higher costs of having to make snow, and plow drivers aren’t supplementing their income the way they did last year with the continual barrage of 6+inch storms. Our lakes and aquifers could also be affected since they are mostly recharged by the snow melt in Spring.

Also, squirrels are getting much fatter, which isn’t really bad or good, but it is just adorable. 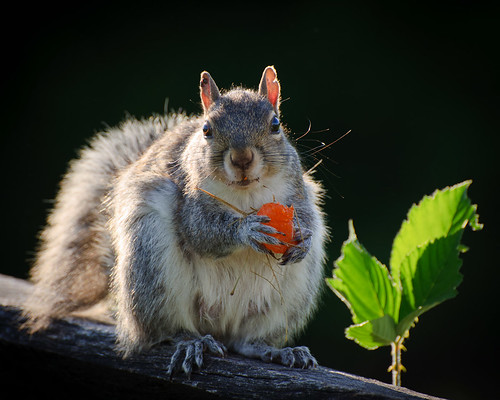 What’s causing all this warm weather? It’s easy to point to global warming, but the answer isn’t quite as black and white as that. Saying that one warmer winter without snow is the result of global warming is like saying that just because we had a polar vortex last year means global warming doesn’t exist. Both fail to look at long term data, and look at weather instead of climate.

Many also suggest the dreaded El Niño, but that doesn’t seem to be quite the  answer either. According to NOAA, the Eastern U.S isn’t really experiencing El Niño the way that the west coast has, with warm weather and lots of heavy rain.We may begin to experience El Niño later on this year, but meteorologists aren’t seeing any signs of it on our coast yet.

Don’t get too comfortable with the warm weather though; the Arctic Oscillation could still slip and bring a cold snap that would plunge us back into the icy reality of winter in northern New England. Even as a write this, the temperature is a brisk 24°F, where it seems like only a few days ago it was in the high fifties.